Set to marry his high school sweetheart just one week after receiving his bachelor’s degree in 1982, the finance major landed his first job offer the Friday after commencement. “I accepted the offer, then headed over to our rehearsal dinner,” he says.

“I come from a family of engineers, so I was always more interested in working in a product company environment,” he says. Scott (now known as AVOX Systems Inc.) developed and manufactured breathing equipment for firefighting, aviation and defense industries. Lederer rose quickly in the organization, eventually supervising all budgeting for the multimillion-dollar company.

After four years with Scott, Lederer moved on to Harrison Radiator in Lockport, his hometown. “I was looking to get experience at a much larger operations and manufacturing organization,” he says. At the time, Harrison (now called Delphi) was part of General Motors, and over time Lederer became responsible for worldwide financial analysis and corporate reporting for the $1.8 billion division.

He stayed with GM for seven years, but it was becoming increasingly clear to Lederer that the country’s manufacturing base was shrinking and that technology-focused companies were on the rise. So Lederer returned to the School of Management for his MBA, with hopes of retooling his skills to move into this burgeoning industry.

His chance came just a few months into his studies when, in another example of great timing, a former classmate contacted him about a local opportunity at Motorola Inc. Although Lederer was originally enrolled in the full-time MBA program, he switched to the Professional MBA (PMBA) program to complete his degree. A little over a year later, Motorola transferred him to the Chicago area, but the School of Management worked with him so he could complete his coursework and receive his MBA in 1996.

“My undergraduate and graduate studies were tremendously beneficial because all of the coursework was embedded with the important skills to help me succeed,” Lederer says. “The leadership, communication and problem-solving skills, along with working in teams and toward deadlines, have helped my career the most.”

Lederer joined Motorola just as the “Wireless Revolution” was under way. After four years in various roles across multiple divisions he was recruited to join Qualcomm in San Diego as a senior manager in its corporate strategic finance group.

“It was a great opportunity,” Lederer says. “And I would be lying if I said, after many years of living in Buffalo and Chicago, that Southern California’s sunny climate wasn’t part of the appeal.” With the eldest of their three children about to enter high school, he and his wife agreed the timing was right for the move.

Lederer has been with Qualcomm for more than 16 years, and is now an executive vice president and executive committee member, and also serves as general manager of their semiconductor division (Qualcomm CDMA Technologies). He has seen a meteoric rise in the wireless industry in that time, and the future is still very bright.

“In many parts of the world, the first and sometimes only connection to the Internet will be through someone’s cell phone. It’s extremely rewarding to be a part of an industry that is having such a profound effect on people’s lives.”

In addition, Lederer currently serves on the Dean’s Advisory Council for the School of Management, where he shares his unique perspective and career experience.

“I have fond memories of UB and I want to help ensure that it stays relevant,” he says. “I hope that by bringing some geographic and industry diversity to the council, the school will continue to remain current and relevant as we move forward.” 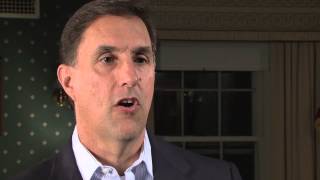 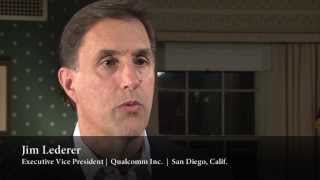 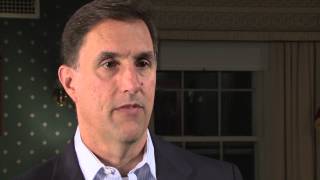 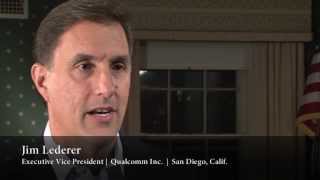 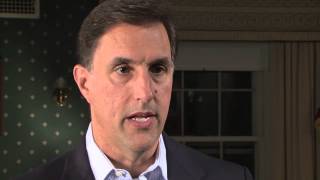 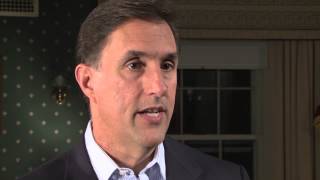